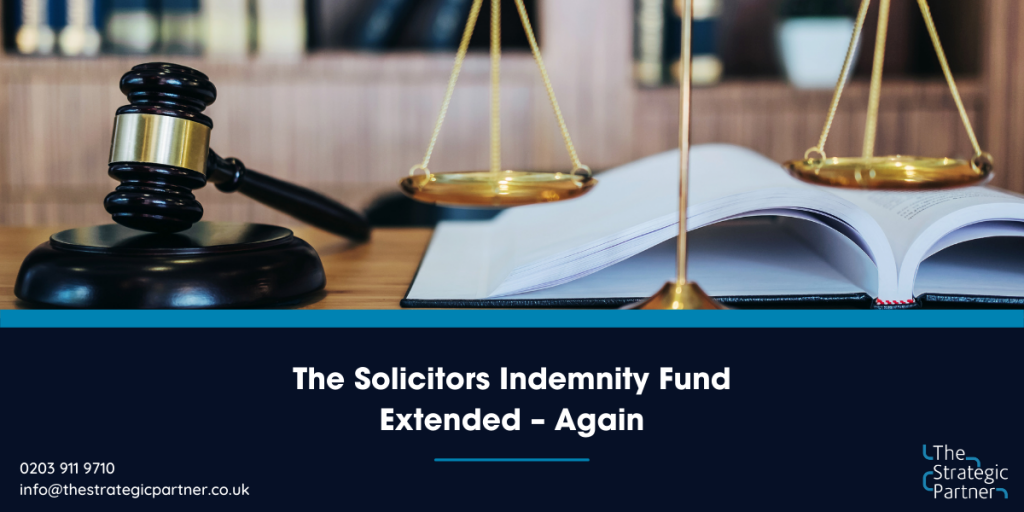 In an announcement today – 12th April 2022 – it has been confirmed by the Solicitors Regulation Authority that the fund protecting retired solicitors from historical claims will continue until at least September 2023 to allow for further consideration of responses to its consultation.

The Solicitors Indemnity Fund (SIF), which protects solicitors against claims made after the six-year run-off period following the closure of a law firm, was due to close in 2017, however, the deadline has been extended more than three times.

The consultation regarding the abolishment of the fund, which ran from November 2021 to January 2022, saw more than 330 formal responses submitted and direct engagement with around 3,200 people. The majority of respondents did not support the preferred option of ending the requirement for post-six-year run-off cover (PSYROC).

The Law Society, which lobbied to defer the closure, said after the announcement it was delighted by the reprieve. Society president I. Stephanie Boyce said: ‘Possible alternatives to SIF include making changes to how the fund is set up and operated, reducing the scope of protection it gives or finding a different consumer protection vehicle funded via SIF’s surplus – which may also be subsidised by the profession.

‘We are pleased the SRA has heard our arguments about the importance of continuing consumer protection, rather than run the risks of not doing so, which would leave consumers unable to claim compensation for flawed transactions affecting wills, buying a home or child personal injury cases.’

You can read the full news release from the SRA here, and report on responses to the SRAs consultation on the future provision of post-six-year run-off cover here.

This website uses cookies to improve your experience while you navigate through the website. Out of these, the cookies that are categorized as necessary are stored on your browser as they are essential for the working of basic functionalities of the website. We also use third-party cookies that help us analyze and understand how you use this website. These cookies will be stored in your browser only with your consent. You also have the option to opt-out of these cookies. But opting out of some of these cookies may affect your browsing experience.
Necessary Always Enabled
Necessary cookies are absolutely essential for the website to function properly. These cookies ensure basic functionalities and security features of the website, anonymously.
Functional
Functional cookies help to perform certain functionalities like sharing the content of the website on social media platforms, collect feedbacks, and other third-party features.
Performance
Performance cookies are used to understand and analyze the key performance indexes of the website which helps in delivering a better user experience for the visitors.
Analytics
Analytical cookies are used to understand how visitors interact with the website. These cookies help provide information on metrics the number of visitors, bounce rate, traffic source, etc.
Advertisement
Advertisement cookies are used to provide visitors with relevant ads and marketing campaigns. These cookies track visitors across websites and collect information to provide customized ads.
Others
Other uncategorized cookies are those that are being analyzed and have not been classified into a category as yet.
SAVE & ACCEPT
Members & More